To celebrate this fantastic day (I can’t resist, being a Leo myself!), I thought it would be nice to write about “Scar”, one of the Masai Mara’s 4 Musketeers.

The 4 Musketeers are the 4 lions who rule of the Musiara Marsh area of the Masai Mara in Kenya, “Scar” and his brothers “Hunter”, “Morani” and “Sikio”. 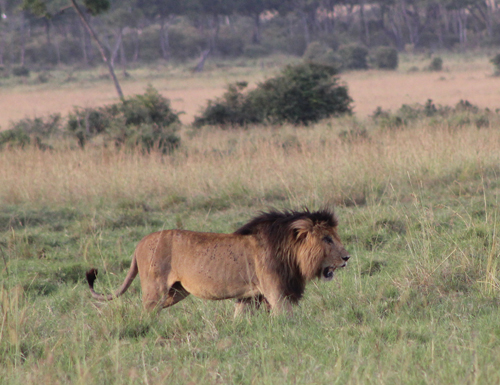 Scar is one of the most easily recognisable lions in the country, thanks to the impressive scar he bears above his right eye, the result of a territorial fight he and his brothers “Hunter”, “Morani” and “Sikio” participated in, 3 years ago. 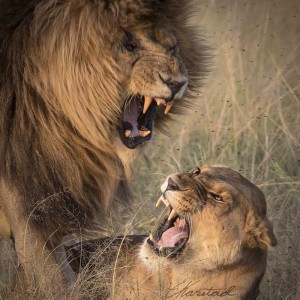 A beautiful beast, boasting a thick dark mane, it is always a thrill to see him on safari, and we were fortunate enough to spot him 2 weeks ago, while we enjoyed a game drive from the beautiful Kichwa Tembo Tented Camp. 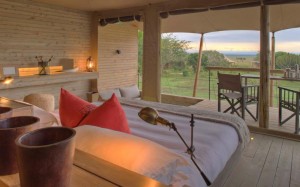 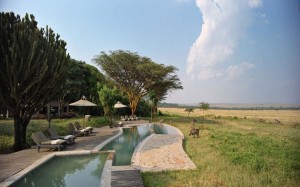 The grass is quite long in the area, and we would have missed an incredible sighting of this lion had we not stopped to admire a large group of elephants in the distance. I apologise for the poor quality of the pictures, but let me explain the exciting sighting we had!

Scar slowly lifted his head out of the grass, and shortly got up stretch and amble a few metres to what looked like a wildebeest kill. Then from the right, approached 2 lionesses and one young male lion, hesitantly approaching, to join him in the feast. He was not having any of that! 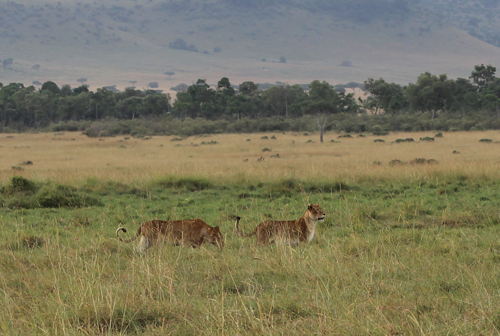 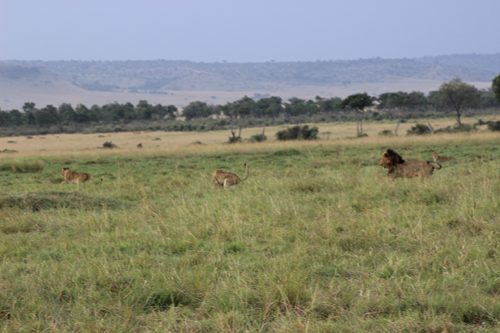 It’s hard to catch a running lion on (amateur) camera, especially at a distance, but I can assure you that it is one of the most impressive sights ever! We think the 3 guests were from the Madomo Pride, currently made up of 2 lionesses, three cubs and “Pengu”, a sub-adult male. 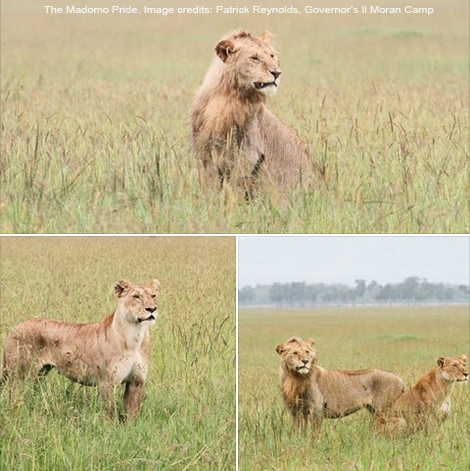 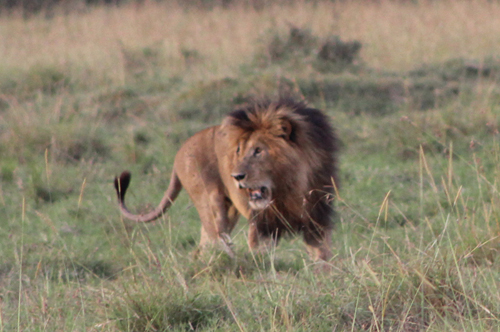 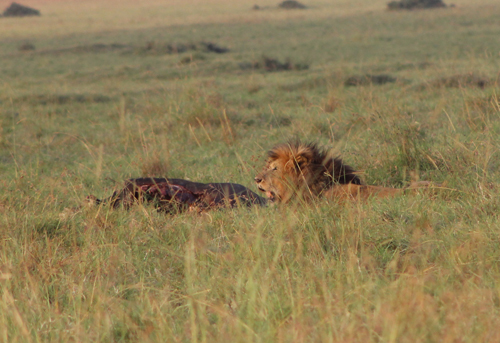 He quickly saw them off, and then casually returned to guard his meal. He did not eat, rather just sat there, keeping the others off, and snarling at those who dared to approach.